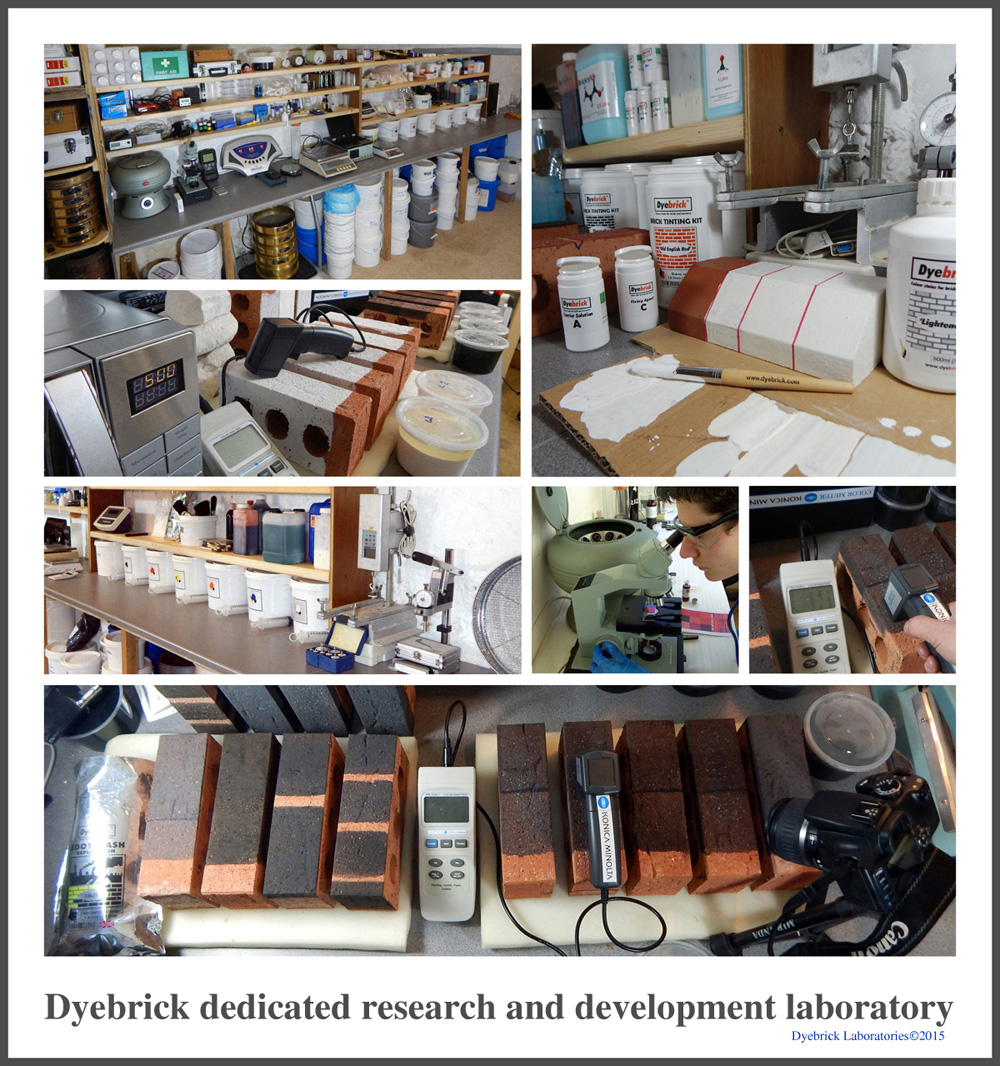 Dyebrick is non-toxic, non-flammable and odourless.

The Tinting System is designed to preserve the appearance of the substrates to which it is applied, whilst correcting colour defects and enhancing the existing surface. For this reason, the product is specifically formulated to maintain maximum translucency, not to hide the texture or appearance of the substrate and should not be confused with proprietary masonry paints and their associated maintenance commitments.

Dyebrick is formulated to achieve a high degree of penetration; this does not produce a film-forming coat, but reacts chemically with the masonry substrate to produce an insoluble, microcrystalline silicate bond.

The Tints create natural weather resistance by producing a semi-permeable membrane, which allows the structure to 'breathe'.

The original surface texture of the brickwork or masonry is not altered by this process the only evident effect is the designed colour change.

This tinting system has been used industrially for over forty years with great success, and silicate paints have been applied to brickwork and masonry in various forms for over one hundred years.

CHEMISTRY OF THE TINTING SYSTEM

When applied to brick and masonry, this system not only relies upon the loss of water by evaporation and suction of the substrate, but also the reaction with atmospheric carbon dioxide and oxygen. Internal crosslinking between the silicate and alkaline components within the masonry also takes place during water depletion.

Cementitious materials that have not fully hydrated contain un-reacted calcium hydroxide (CaOH2). The liquid silicates reacts with this to form calcium silicate hydrates that are much harder.

Reactions take place with other elements within the masonry. These may include silica (from the sand), ceramics (within the brick) and various metallic compounds (from sand/brick/stone) increasing durability further.

A micro-silicate bond is created within the matrix of the system (this process is called silification), which has extreme resistance to attack by the atmosphere and other corrosive elements.

Dyebrick is totally non-flammable and is totally inorganic in nature, having no Volatile Organic Compounds (Zero V.O.C.s). It has no combustible or harmful decomposition products during a fire situation, and is useful for formulations having to comply with BS 476 Spread of Flame.

Liquid mineral silicates are also outstanding for their resistance to biodegradation. They are alkaline in nature and are resistant to mould and algae.

Paints with an Sd value below 0.14m are considered to be Class 1 Vapour Open and to have high breathability performance.

Unlike paints, Dyebrick colour stains are non film forming and have a rating less than Sd 0.05m

When applied to brick and tile the permeability of the surface remains virtually unaltered. Any loss in permeability is too small to measure.

This website or its third party tools use cookies, which are necessary to its functioning and required to achieve the purposes illustrated in the cookie policy. If you want to know more, please refer to the cookie policy. By closing this banner, clicking a link or continuing to browse otherwise, you agree to the use of cookies. View More
Agree and close