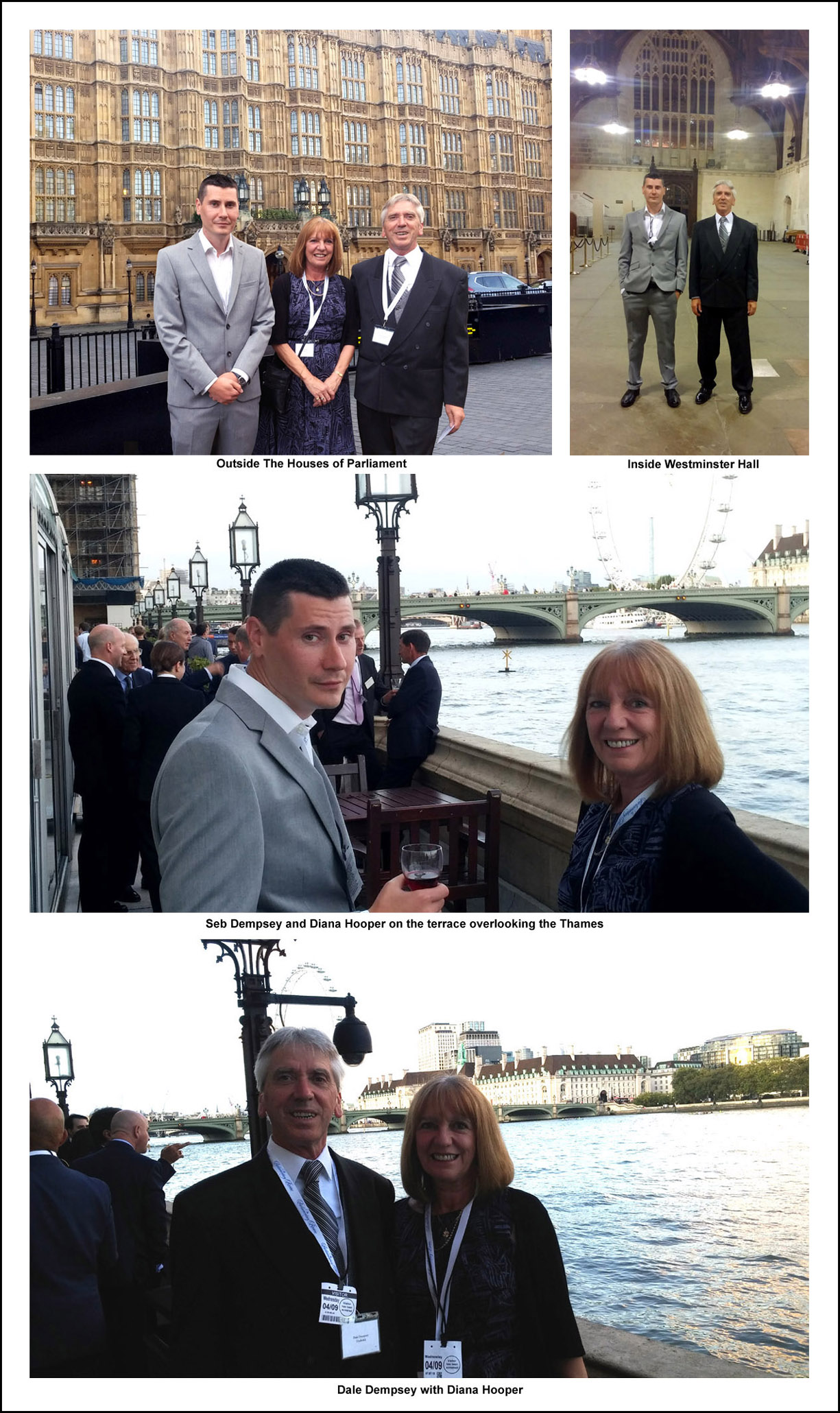 Dyebrick products have been used on all phases of the restoration to the Parliamentary Estate.

We had a wonderful day in Westminster. It was nice to have been invited and also to be shown where our products had actually been applied over the last 5 years! 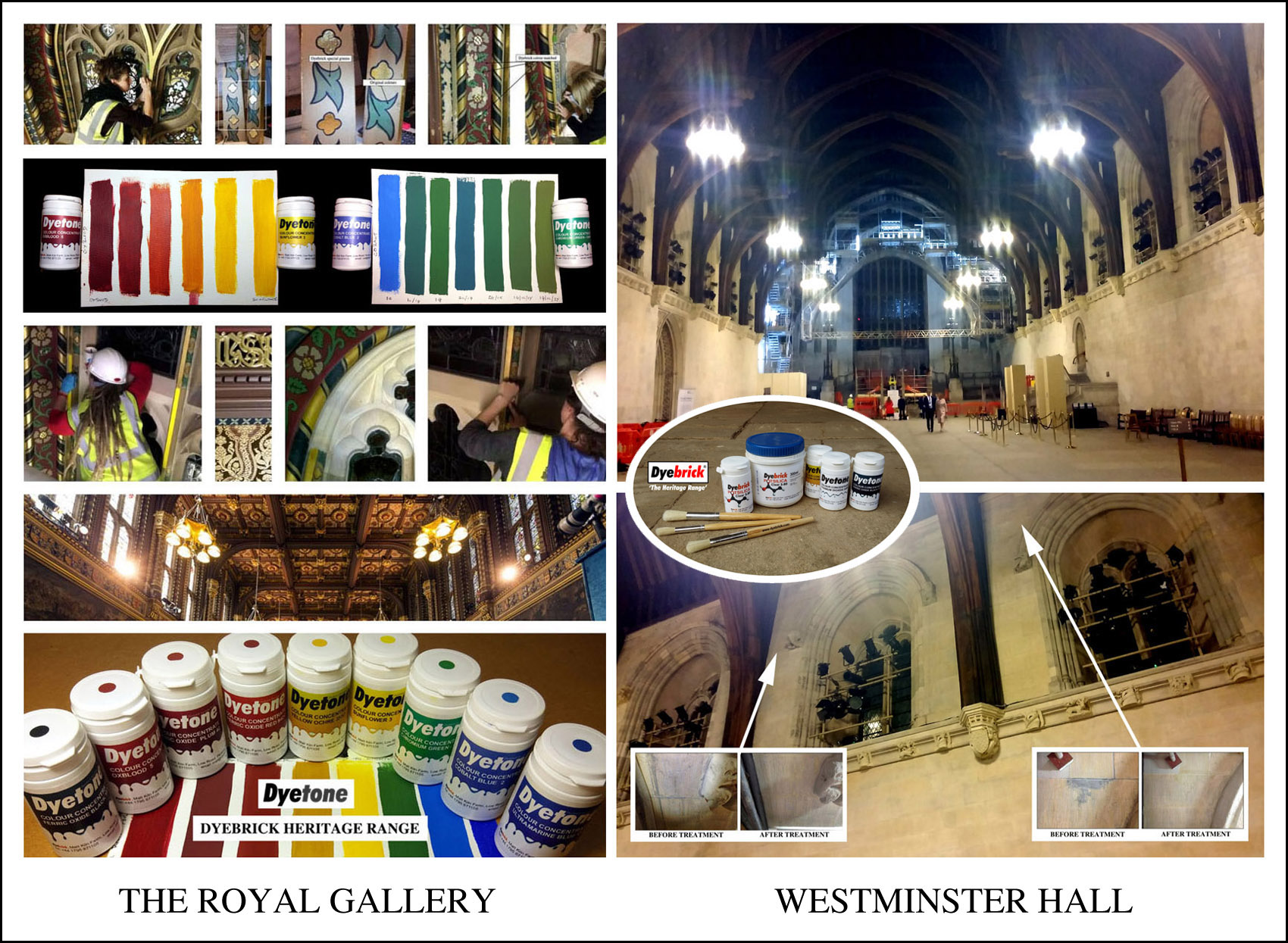 As a ‘Best Practice Representative‘ we have written an article for ‘The Parliamentary Review‘. CLICK HERE to read. 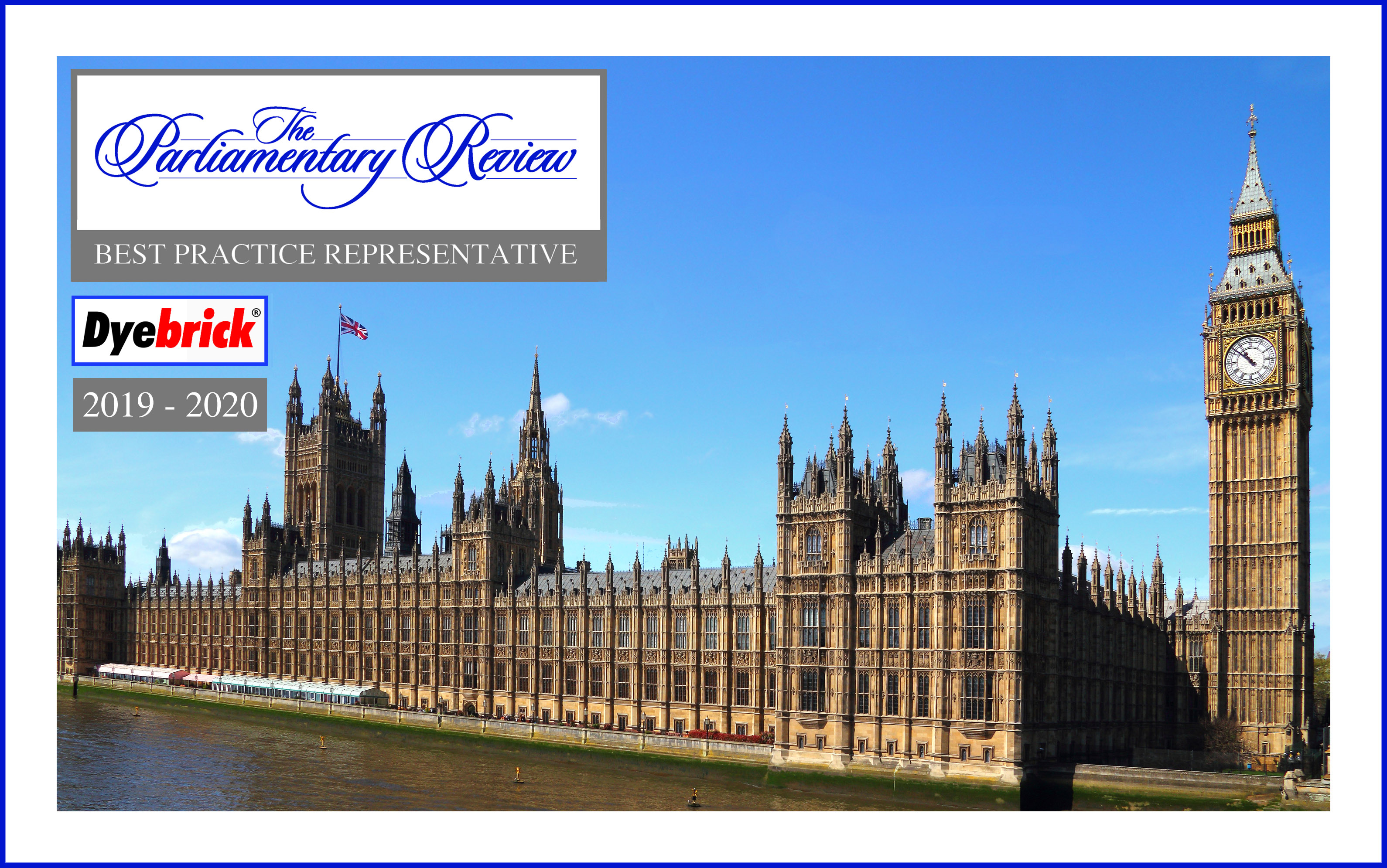 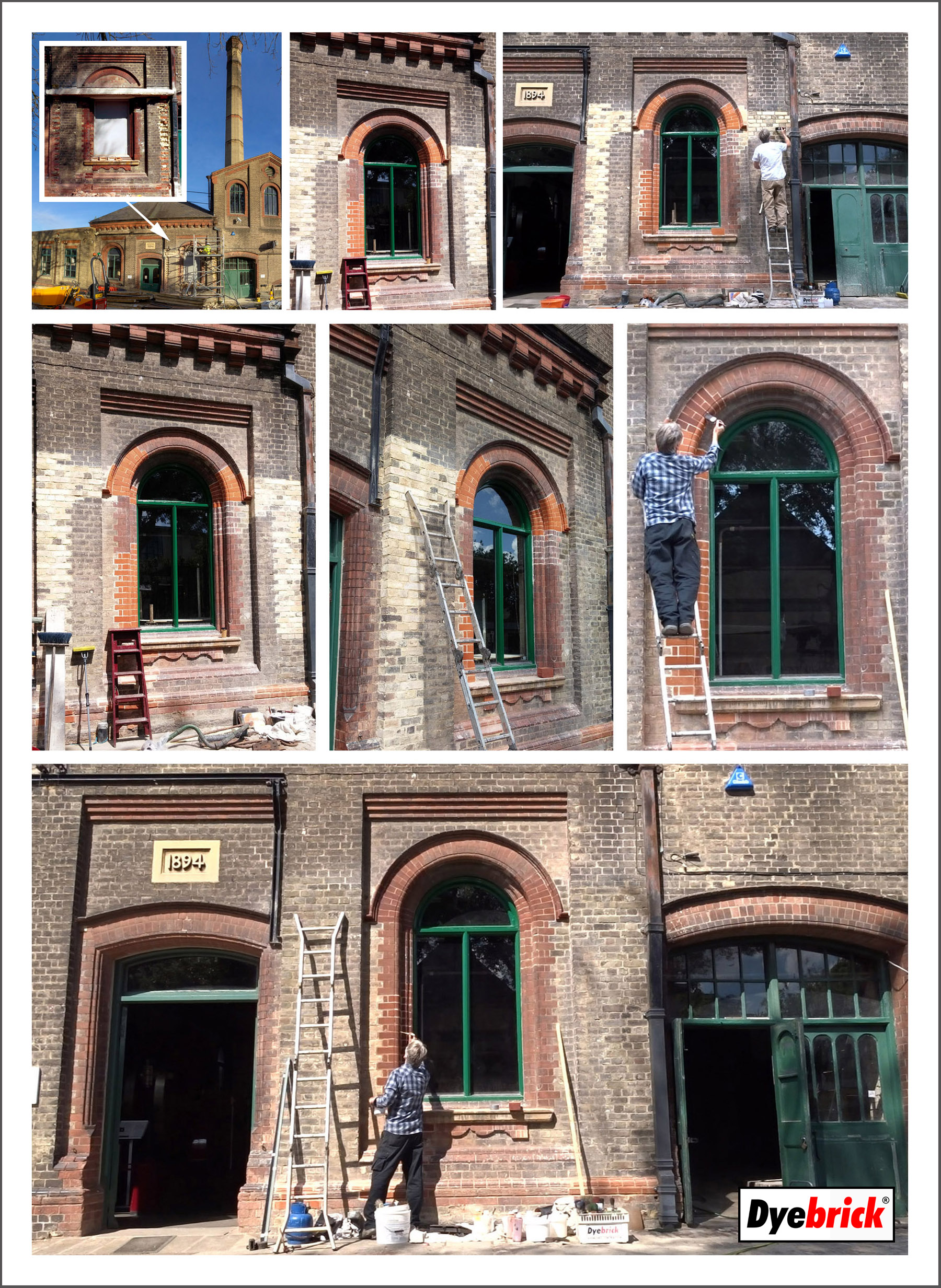 Working at the Cambridge Museum of Technology.  The Museum has nearly completed it’s major redevelopment and will be reopening to the public next week!

We have donated our materials and labour free of charge for this transformation. 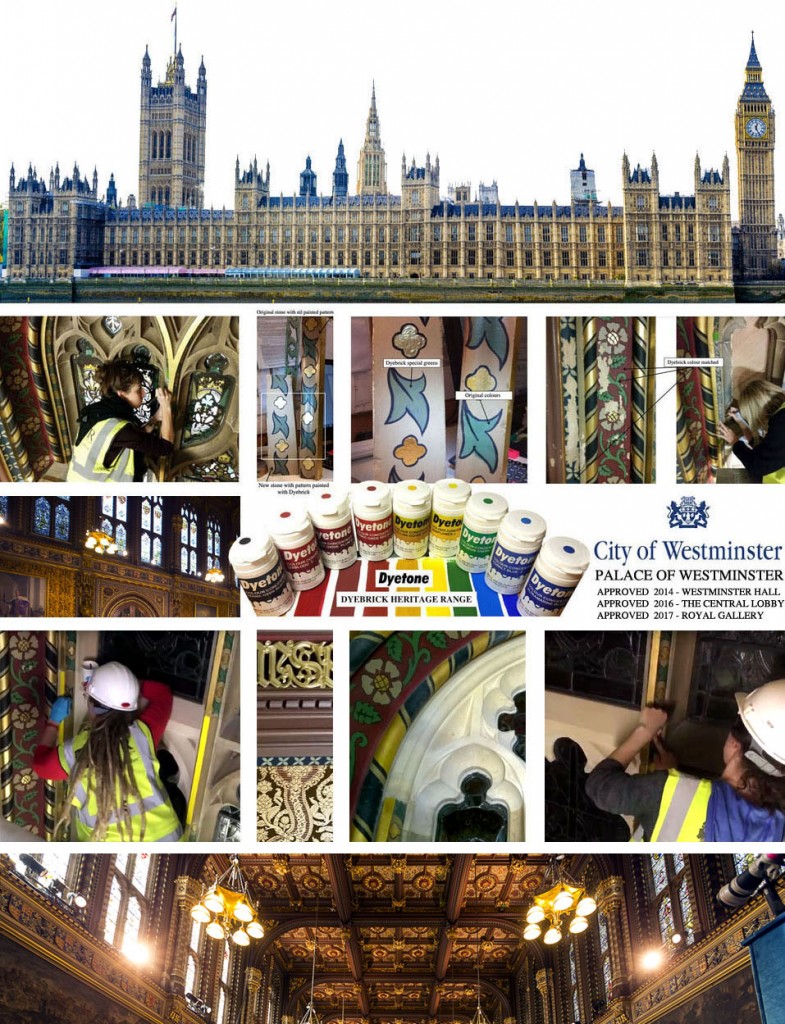 Dyebrick were asked to produced some historic natural earth-based oxides, cobalt blues and chrome greens to match historic colours for restoration to decorative art surrounding the windows in the Royal Gallery. The work is being undertaken by DBR Conservation

Dyebrick products have been used throughout the Parliamentary Estate during the last 3 years of restoration.

Silic8, part of the Dyegroup have launched their ‘Whitener’ product for restoring white Hill Figures.

After three years of trials in North Yorkshire, Silic8 are proud to introduce their range of stone whiteners for flint and limestone. Silic8 offer a maintenance service to heritage trusts and restoration groups. 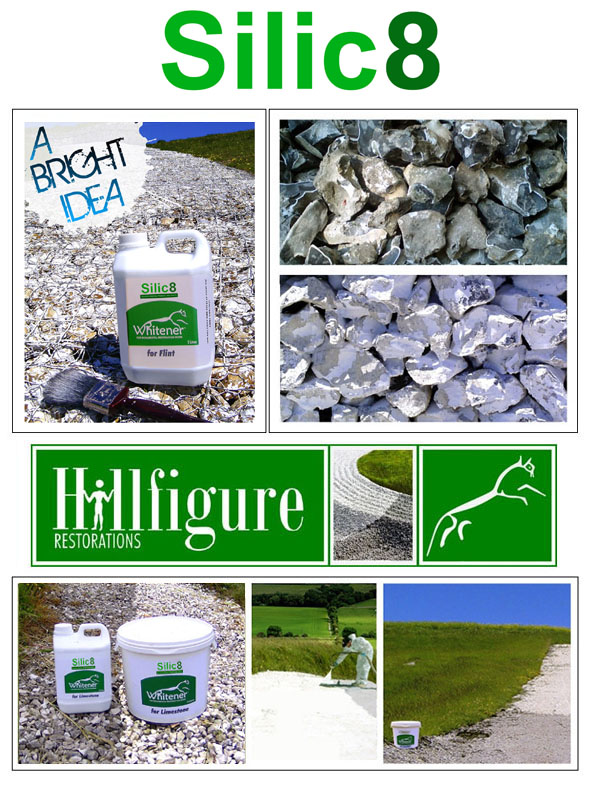 Please contact us for more information and a leaflet.

The finishing touches are now complete! Dyebrick’s Brick-Age product was used to produce an authentic aged appearance to the yellow brick wall. 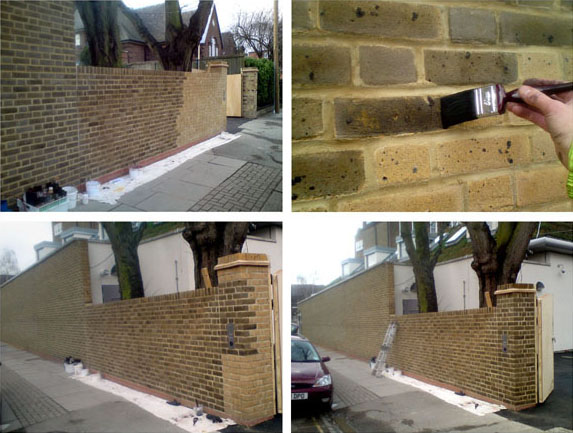 Dyebrick products are guaranteed for the life of the wall!

“Residents who have expressed concerns about the appearance of a new school wall in Putney will have spotted that action has now been taken to make the wall blend into its surroundings more easily.”

Dyebrick products were chosen to ‘age’ the new wall to produce a more sympathetic appearance more suited to the surrounding period properties.

Dale Dempsey, who has been tinting bricks for over 30 years, carried out the work on behalf of Wandsworth Council. The process is known as Soot Washing, (or ‘sooting’).

Dyebrick have two products for this ageing process, one called ‘Soot Wash’ and a less intense product called ‘Brick-Age’. It was the Brick-Age product that was used for this project.

Although the majority of this work was carried out a few months ago, the finishing touches are being carried out this week. 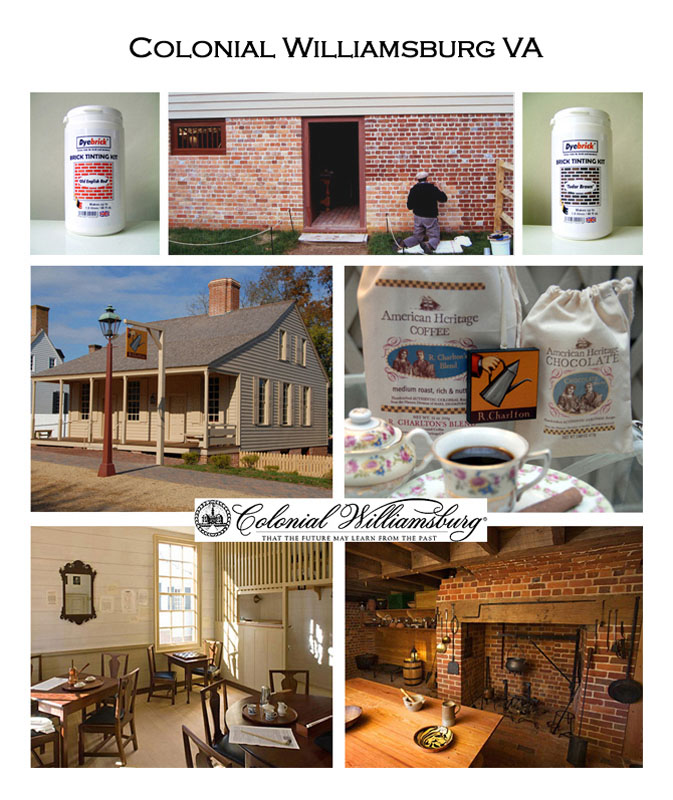 Dyebrick products were used on the cosmetic renovation to the foundation walls.

Brick mason Ray Canetti stained the bricks sympathetically to create an authetic and natural recreation of how the Coffeehouse would have looked when first built.

Dyebrick is specified for use in conservation projects, as the physical properties of the masonry are not altered. For more information about the Coffee House renovation click here.

For information about The Colonial Williamsburg Foundation click here.

Dyebrick was used as an effective red colour-wash to enhance ‘Riverview Mansions’ by the Thames in London.

Five of our ‘Six-Packs’ were used for this project. Please contact us for free advice and sample panels when using for large projects.

Dyebrick products are chosen by restoration and heritage groups to blend-in obvious extensions and repair work.

This particular project was completed 5 years ago and still looks as good as the day it was tinted. All the repair work was sympathetically disguised using Dyebrick ….and a little artistic flair! 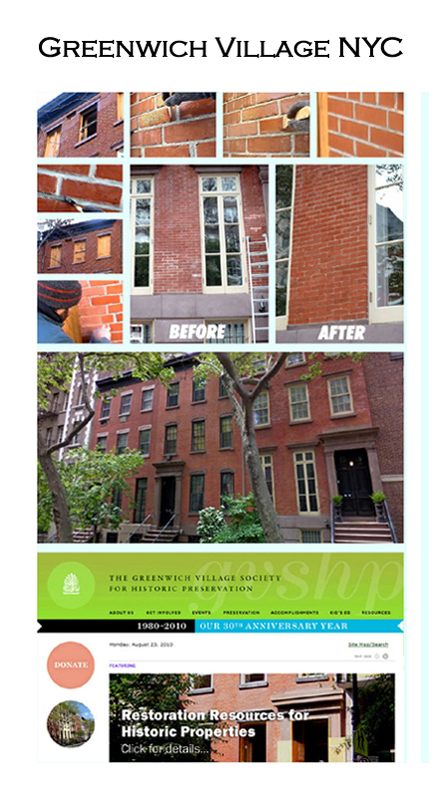